By David Arden No Comments

A director’s loan works both ways, with company loans to directors but also director loans to the company, and at its most basic level it is a record of the net position between the company and the director which should always be up to date with amounts, and terms, of any loans recorded.

Why take out a director’s loan?

Many directors use their loan account as a short-term, low-cost finance source often for personal issues and whilst there are no restrictions on how a director can spend their loan money, director’s loan accounts should not be an everyday option.

What type of income is classed as a director’s loan?

There are four main ways in which you can extract funds from your company, being salary, dividends, expenses, and a director’s loan.

If income received by a director from the company is not classed as salary, dividend, or a business-related expense, it will be classed as a director’s loan and added to their account.

It is important to understand that funds owed to the company by a director are classed as an asset and so if the company were to be liquidated or put into administration, those winding up the company would pursue directors for outstanding loans.

Often the directors who use this option may be the only directors of the company, and so ‘approval’ is a foregone conclusion, but all directors’ loans do need shareholder approval and should be formally noted in company records.

Any director’s loan account with a deficit should be cleared within nine months and one day of the company’s year-end. There are several ways in which this can be repaid.

To pay a dividend, a company must have distributable reserves, i.e. retained profits not yet paid out to shareholders. In addition, interim and final dividends must be paid no later than nine months after the company’s year-end.

If there are no distributable reserves, then a dividend cannot be paid.

This can be slightly more expensive in that under the PAYE system, the company would need to pay income tax and National Insurance contributions from any salary payment.

With the director’s loan account deficit required to be repaid within nine months and one day of the company’s year-end, the salary payment offset option can include salary paid in the company’s current financial year.

I have known directors to use this option as they consider this to be less onerous as an asset is not created, but if the company was to fail and a liquidator was appointed, they may review salary and bonus payments. If these were ‘not in the company’s best interests at the time’, they could be challenged and reclaimed.

Depending upon the reason for the loan in the first place, it can always be repaid by means of a payment from personal funds to offset the deficit.

Again, I have known directors to settle DLA’s one day before the company’s year-end, only to then withdraw funds again day one of the new company financial year, a practice known as ‘bed-and-breakfasting’. This is not allowed and new laws have been introduced so that loans cannot be re-borrowed within 30 days of a repayment.

Repercussions if DLA deficit not repaid

If a director’s loan account deficit is not addressed within nine months and one day after the company year-end, then there are potential repercussions for directors in a personal capacity, and for the company.

The rate currently stands at 32.5% of the outstanding balance on a director’s loan account with an additional interest charge of 2.25% (introduced in 2021-22 tax year) added to the s455 tax charge each year.

The debit on a director’s loan account may be treated as a benefit in kind if the following conditions are met:

If the above conditions were met, the director would need to record the loan on a P11D form and as part of their self-assessment tax return. The outstanding deficit would be added to the director’s income with tax charged accordingly. The deficit is treated as part of the director’s PAYE salary, with the company also incurring a National Insurance charge.

It is important to note that the company is responsible for collecting PAYE & NI and paying to HMRC. However, if the company became insolvent, HMRC could pursue directors personally for unpaid tax due from the company. This may occur if a company director continues to pay dividends while failing to pay taxes due or where selective connected creditors are repaid, except for HMRC.

In summary, if a failure to cover HMRC payments was deliberate or the result of negligence/fraud then directors can be held personally responsible for outstanding taxes.

Are there any exemptions from the s455 tax charge?

Notwithstanding the recent negative news surrounding director loans and bounce back loans, there is no doubt that HMRC is keen to stop the potential abuse of director’s loan accounts, but there are several scenarios that are exempt from the s455 tax charge.

If you have a situation where a husband-and-wife partnership are directors of the same company, there is the potential to offset director’s loan account accounts. If, for example, one party had a £5,000 credit and the other had a £5,000 debit on their director’s loan account, these could be considered under an offset arrangement. This must be agreed in writing and the relevant documentation retained by the company.

If the business in question includes money lending, then an s455 charge may not apply. The loan must be made in the ‘ordinary course of business’ in this scenario.

If the director’s loan account deficit is related to the company’s supply of goods and services in the ordinary course of business, this would be exempt from the s455 charge. However, this exemption could be revoked if the credit period exceeded six months or was longer than that given to other customers. In simple terms, the director must receive no preferential treatment on the credit terms.

Can I write my DLA off?

In short, yes. Company directors can agree to write off a director’s loan account, although this must be recorded in writing. Under the Income Tax (Trading and Other Income) Act 2005, this write-off would be treated as a dividend. In this instance, no distributable reserves are required, and the dividend does not need to be paid to other shareholders.

However, it is likely that HMRC would dispute a director’s loan account write-off, arguing that it was part of payments from an office/employment. This would create a National Insurance contribution and income tax liability for the director and a NI liability for the company.

The director benefitting from the write-off would still need to include this in their self-assessment tax return. What is somewhat odd with this however is that whilst a write-off would typically attract an element of corporation tax relief for the company, this is not the case in this scenario. 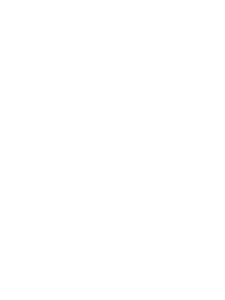